It was the name of a boy I met in college. It was a name that trips me up and brings nostalgic memories. 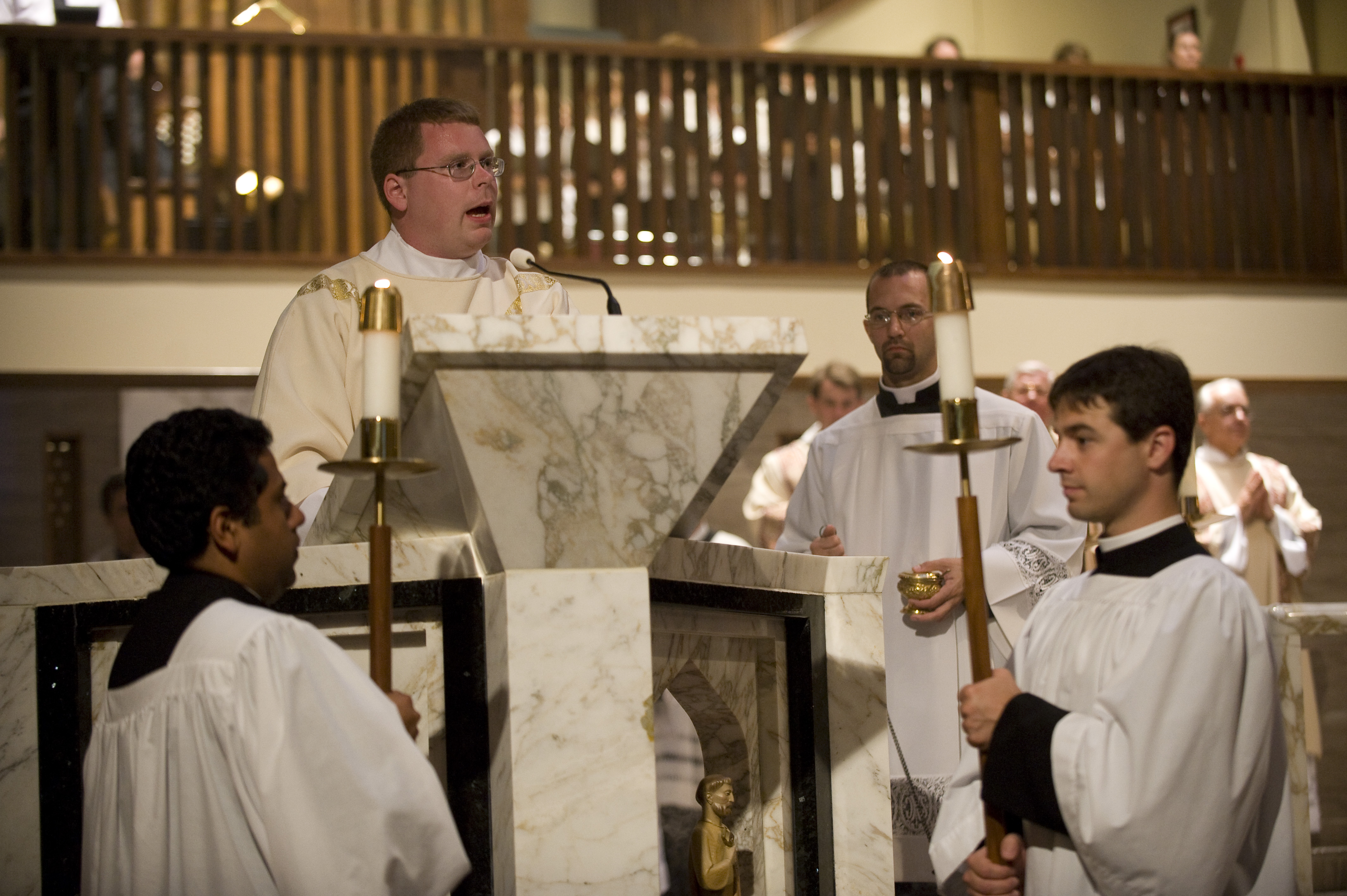 His name was a symbol of my weakness and stupidity. He was my kryptonite. We met 6 years ago in the university. For some unknown reason, seminarians and masscom students are always seen together chatting and having fun. But he was different.

Q & A with Father Anthony

We were not very close. He was way too intelligent, shy, and distant. Unlike other seminarians, he mingled a few times but would always prefer an alone time. But one day, out of nowhere, he approached me to borrow my dictionary. I lent it to him, hoping it would be the beginning of a conversation. We started chatting and greeting each other whenever we met.

He also started sending me letters and gifts through his classmates. He never said that he liked me, or that he was courting me, or that he has feelings for me. But the letters enclosed in an envelope the old way of correspondence kept coming. He was consistently nice, sweet, and caring to me. His friends told me that there were nights when he couldn't sleep or eat just thinking and talking about me.

On summers, when they were allowed to use cellphones, he never missed a day without sending me a text message. He became friends with my aunt who's a nun. On our graduation day, he introduced me to his family. His mother was very warm and gave me a tight hug. After graduation, I vowed to disappear from his life. I was so guilty that I had no more courage to face him. We met at a time I was so naive and insensitive that I didn't return the attention he gave me.

A Small School with a Big Heart

He was busy chasing a girl who never knew his worth. He made me so important, when all I did was to refuse to take notice of his passion. The last time we saw each other was last year. We held hands and I told him to pursue his vocation. I said he'd make a good priest.

Then I mentioned to him that I would never want to write an article about his vows or ordination. Yet, here I am in an awkward situation. For every action we make has a corresponding reaction; the outcome often beyond our control, fragile and fraught with ruinous consequences. Lately, we began talking again.

After a year of silence, there it was, his voice on the other end of the line, whole and piercing. His voice reminded me of a choir singer — a voice that echoes with power to seal all the time and distance between us.


Yet, it is also the voice that stings and sucks you completely like a black hole. Maybe I just found myself at the wrong place, at the wrong time. But before that, I had arranged a meeting with him in a coffee shop. I am going to tell how I feel towards him, how that phone call has awakened a force that cannot be explained and how I cannot understand why I was telling him that I think I love him now. Yes, I want to lay my heart bare and fragile. The heart, says Blaise Pascal, has reasons of which reason does not know.

There are 3 types of persons in this world. Runners who flee; Watchers, who sit on the sidelines; and Risk-takers, who commit.

Runners are afraid of failing or getting hurt. They fear the challenges that commitment brings, and so they run away. Watchers are the fence-sitters, also afraid of failing or getting hurt, but are fascinated by those who are in the game. Runners and watchers may never get hurt, never experience pain, but they will also never experience the thrill, the joy, the exhilaration of succeeding. And you are trying to be good, you are interested in your faith, you don't want to separate him from God, you want to do what is right.

What are you preparing for this Advent?

Obviously you have been friends and have spent time together because you admire and respect each other. What neither of you realized is the deep attraction you would exert on each other. At the beginning if you thought about it at all you probably figured that since you both had good intentions there could not possibly be any harm in your seeing each other.

But, enter human nature! You are now deeply attracted and you think you may be in love.

Here is what you both have to accept: Whether that will last or not I don't know since both of you are young, and many things might happen over the next few years. For sure then, if your friend is going to be coherent with his feelings for you, sooner or later he will have to leave the seminary.

pooltimenkindpe.ml > Q & A with Father Anthony > Browse the Questions & Answers

Your confusion seems to stem from this: If both of you think that he might be called there is one very hard thing that you have to do if you are going to find peace: He has to answer it without reference to his feelings for you, because these feelings only show he is normal and good. Any good, normal, young seminarian who spends time with a healthy and good young woman of his age is going to have feelings for her. He will probably need to do a retreat and speak very candidly with his spiritual director. And you are going to have to decide that you will respect the conclusion he comes to.

For this you will both have to decide not to go out with each other or spend time together. If he sees that he does have a vocation he will have to decide if he is going to follow it wholeheartedly and keep his heart only for God, or not. He owes it to himself, to you, to Christ and the Church to make a clear and firm decision. And in this case you will have to give up any thought of "just being friends" or ever going out with him again, since as you have experienced, it won't work - it will be the same story all over again. If he sees he doesn't have a vocation he should leave the seminary so as not to be "neither fish nor fowl".